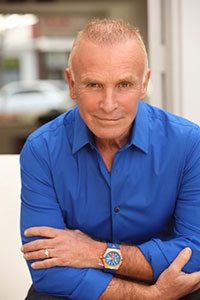 Jonny Bowden, PhD, CNS, is the co-author (with cardiologist Stephen Sinatra) of the best-selling book,The Great Cholesterol Myth: Why Lowering Cholesterol Won’t Prevent Heart Disease (and the Statin-Free Plan that Will). Known as “The Rogue Nutritionist”he was recently voted one of the 100 most influential people in health and fitness (by Greatlist.com). Dr. Jonny is a nationally known expert on weight loss and nutrition, a board-certified nutritionist, and the best-selling author of thirteen books on health, including,The 150 Healthiest Foods on Earth and Living Low Carb.He’s a frequent guest on television and radio, and has appeared on the Dr. Oz Show, The Doctors, CNN, MSNBC, Fox News, ABC, NBC, and CBS. He is a past member of the Editorial Advisory Board for Men’s Health magazine, the Nutrition Editor for Pilates Style, and a regular contributor to Clean Eating Magazine, Better Nutrition Magazine, and Total Health Online.He was recently invited to speak in China, giving lectures at both Beijing University and Shanghai University.

Dr. Jonny has contributed to articles for dozens of print and online publications including The New York Times, The Wall Street Journal, Forbes, The Daily Beast, The Huffington Post, Vanity Fair Online, Time, Oxygen, Marie Claire, Diabetes Focus, GQ, US Weekly, Cosmopolitan, Self, Fitness, Family Circle, Allure, Men’s Heath, Prevention, In Style, Natural Health, and many other publications. He appears regularly as an expert on ABC-TV Los Angeles and serves on the scientific advisory board of several companies in the natural products industry.