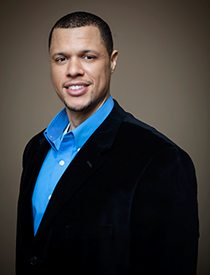 Born and raised in lovely Beaumont, Texas, Von Eaglin was the self-described chubby kid.Von dedicated himself to sports after the bullies had their go at himgoing after soccer, tennis, track, cross-country, powerlifting, and basketball, he excelled in football.He eventually landed at a Tyler Junior College in Tyler, Texas and had the opportunity to play Division 1 football after JUCO.

After receiving a Bachelors of Business Administration, concentration in finance, he completed a year towards an MBA.While doing so, Von served as a Resident Assistant and Hall Director in the Residence Life Department at the University of North Texas.His experience serving, mentoring and leading youth within their transitional stages of life led him to reevaluate his career ambition.Von decided to become a counselor and graduated with a Master’s in Education from the University of North Texas in 2006.

Von serves DFW clients from two office locations.He has one office located in Snider Plaza with the LifeWorks Group and another office on Preston Rd just south of I-635 with Preston Place Counseling.He is currently a doctoral candidate at the University of North Texas and is a licensed supervisor for other counselors.Von plans to graduate with his Ph.D. in December 2015.His research focuses on formulating a new approach to couples therapy using men’s groups.

Needless to say, come-from-behind Von believes all people have tremendous potential and that they can strive toward significance, purpose, and meaning within their lives.In his spare time, Von enjoys spending time with his wife, cooking, exercising, traveling, chess, and (of course) football.Yes, he will still counsel you if you do not like the Dallas Cowboys.

You can find him at: